The latest – a collection of short stories. Good holiday reading, but not a patch on his earlier stuff.

An American poet and writer’s description of her time amongst the Benedictines. Full of insight from a Christian tradition very different from my own. I particularly liked the chapter “The War on Metaphor” – ‘many Christians can no longer recognize that the most significant part of the first line of “Onward Christian Soldiers, marching as to war” is the word “as”.’

A cleverly written combination of biography of Bach, biography of Pablo Casals (the Catalonian ‘cellist who made Bach’s ‘cello suites famous) and a history of the cello suites themselves. Very interesting, informative and entertaining. It made me discover the ‘cello suites for the first time really – and they are fantastically beautiful. 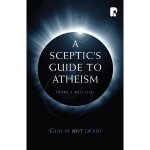